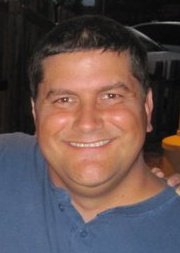 I’m 41, married with 2 teen-aged kids, 2 Siberian huskies, and I live in Colorado. I’ve been at Netflix for almost 4 years; prior to that I was at Yahoo, Adaptec, and a few smaller companies. Prior to that I was an electronics technician in the US Navy for six years.

I’ve been involved in tech since 1999, but 5 years ago I finished my college education and earned a bachelor’s degree in aviation science. That lead to a short career as a commercial airline pilot in 2011. I’ve been flying since 2007, and I own my own small plane, a Piper Cherokee 6. Besides flying, I spend my free time snowboarding, hiking, camping, and swimming.

How did you learn about FreeBSD and/or when were you first exposed to it?

I was first exposed to Unix, X Windows, and the internet in college in 1992 via an engineering lab full of Sun Sparcstation 1+’s.  Having only experienced MS-DOS and Windows 3 up to that point, the power and sleekness of Unix and X11 inspired my imagination about what desktop computers could actually do.  Soon after that I discovered 386BSD 0.1 on an FTP server at Berkeley.  From there I spent all of my free time (and class time) downloading the installation images to floppy disks and figuring out how to repartition my 80386 desktop.  386BSD morphed into FreeBSD 1.0 in the fall of 1993, and I’ve been using it ever since.

I’ve been a source committer since 2000. I got my start by taking over maintainership of the Adaptec ‘aac’ RAID driver. From 2002-2006 I was the Release Engineer and was responsible for the 5.x and 6.x releases. Though the early 5.x releases were not great, they were necessary stepping stones to the success of FreeBSD 6.x and beyond. I’m exceptionally proud of my role in helping FreeBSD move forward during that time.

I authored and maintained the ‘mfi’ and ‘mps’ storage drivers, the ‘udf’ filesystem driver, and several smaller sound and USB drivers. I’ve maintained, or at least touched, most of the storage device drivers in the system to some extent, and I implemented medium-grained locking on the CAM storage stack. Recently I’ve been working on overall system scalability and performance.

The technical community that contributes to FreeBSD constantly amazes and inspires me, and the code has been a tremendous tool for learning and intellectual growth.  It’s been key to our success at Netflix, and we can now deliver 100Gbps of video over HTTP (and 65Gbps over HTTPS) from a single server.

Final thoughts about the Project, Foundation and community?

The Foundation brings together developers, users, and vendors to sustain and expand a strong, healthy ecosystem.  They need your support and contributions to do this, so please consider giving a donation every year.