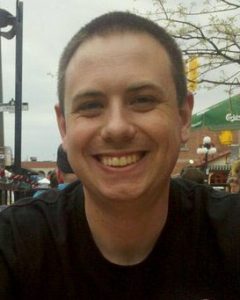 I’m the founder of the PC-BSD project and have been involved with BSD in some form or another since the late nineties. My wife and I, 5 kids, 2 dogs, 2 parakeets and 20 chickens all live out in the county in Eastern Tennessee, about 30 minutes from the city of Knoxville. I’m also the co-host of the weekly BSDNow video podcast, along with Allan Jude.

How did you learn about FreeBSD and/or when were you first exposed to it?

It would have been around ’96 or ’97, when I started working as a teen at a local dial-up ISP in Vancouver Washington. (State, not DC mind you). In particular I was doing tech-support for customers to connect their Windows 95 to this “new-fangled” internet-only-thing that replaced their “AOL”. However at one point all the employees were given a shell account, so we could host our own websites and do e-mail. At this point I was introduced to the wonders of “pine and pico” running on version of FreeBSD. (If memory serves it was FreeBSD 2.1.X)

At the moment I hold a port-commit bit, which I use to update various applications we find useful on PC-BSD, or upcoming projects we might want to use down the road. Occasionally I get goaded into porting some various desktop related applications from Linux.

In my opinion, FreeBSD has always been the most coherent and best structured of the open-source operating systems. After my initial job at the ISP I wandered in the wilderness for a few years, spending time on various Linux systems, and a stint writing applications for SCO OpenServer and UnixWare. But I always kept a toe into the FreeBSD community, running a system for file-serving or services for personal use. I found the minimalism and “cleanliness” of ports and packages refreshing. Plus after years of mindlessly clicking “I Agree” on various long-winded application licenses, it was refreshing to run an operating system where I really could read and fully comprehend the BSD license terms with minimal effort.

Final thoughts about the Project, Foundation, and community?

I’ve not directly been sponsored by the Foundation for anything, however I’ve been proud to travel to various Linux conferences over the years and represent FreeBSD with the iXsystems booth, often paired with Dru Lavigne representing the FreeBSD Foundation. I would highly encourage other FreeBSD users and developers to do the same, especially if there’s a conference happening in your area. Getting the word-out about FreeBSD is hugely important, and you’d be shocked how much ignorance there is about it in the general tech community.