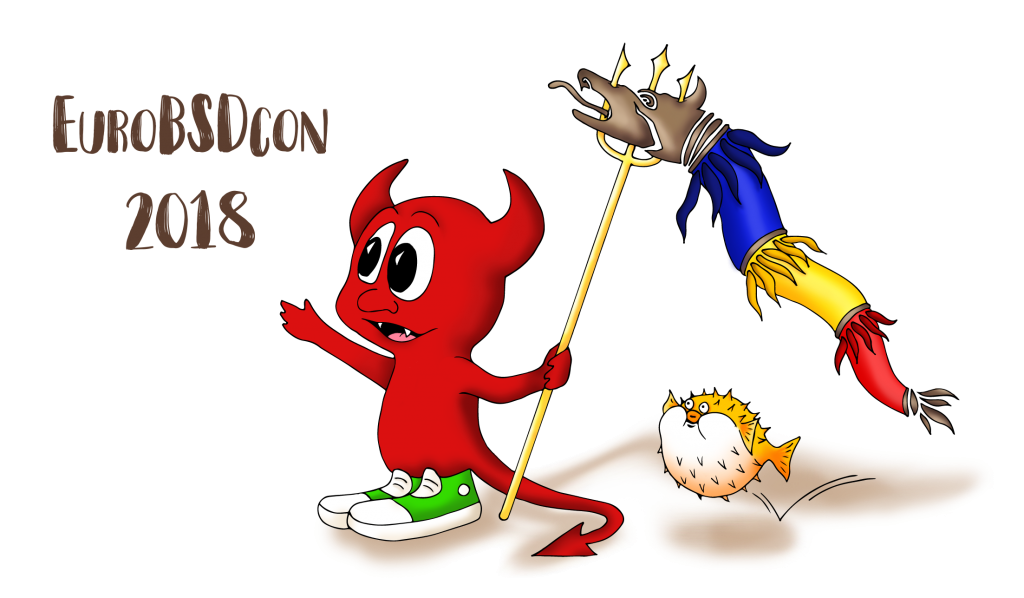 The developer summit began on Thursday morning with an unconference feel. After introductions and greetings, we got down to brass tacks by hacking in smaller groups. I took the opportunity to work with dch@ on a review, catch up on some core@ email, and work on a few port updates.

Eventually seanc@ stepped up to lead a room-wide discussion. Some of the topics were:

For me, the most notable point from the ‘Core.10 expectations’ discussion was that Core.10 is planning a developer survey. To use Sean’s phrase, “We are flying blindly”. With a well-crafted survey, we can begin to make decisions based on what people really want. If you have questions that you think should be added to the survey, please discuss them on freebsd-arch@. Once the survey of developers is complete, the plan is to send out a version to the wider community. I have high expectations for the surveys. They have the potential to shape the direction of the project for years to come. On a related note, there were rumblings about either revitalizing or coming up with something similar to the BSDstats project, so we can get good system data to direct development. It is a waste of time and energy, for example, to maintain drivers that no one is using and conversely, it would be a shame to remove parts of the OS that are still useful to some number of users.

During the ‘Workflow and version control’ discussion, I sensed that we (mostly) agreed and reaffirmed that we want:

I am not sure our attempt to approach this topic with an open mind was successful. There were undertones of “switching to Git is inevitable”. When Sean asked for a show of hands to determine who already uses Git, almost everyone in the room lifted a hand. If I recall correctly, the second question was something along the lines of “Do you choose to use Git?” and the result was the about the same. It was noted that this likely does not represent the developer community as a whole, but it was compelling anecdotal support for a switch. However, there are major challenges involved with a switch:

– many of our tools are built to work with Subversion and it likely will not be trivial to update them
– Git’s history tracking of copies and moves is unpredictable
– we will lose simple, incremental commit revision numbers
– unlike Subversion, checking out a subdirectory is not straightforward
– our CVS/Subversion history has some warts, so it might be difficult or impossible to retain all our history in Git
– developers who are happy with Subversion will have to spend time learning a new tool

Later on Twitter, des reminded us of a post by phk in one of our ‘Git versus Subversion’ threads of pain. In it, phk argues that, in some respects, comparing Subversion and Git is dubious. Subversion supports the traditional features of a version control system, whereas Git is different. Git is more of a collaboration tool that can mostly substitute as a version control system. It is a worthwhile (re-)read for anyone interested in this topic.

Considering the contentious nature of the topic, the discussions were civil and technical and even though it has been discussed a few times in the past, some new, important technical questions were raised. Hopefully the developer survey will help us clarify one important point: What proportion of developers feel that the benefits of switching will outweigh the costs?

The most discussion time was dedicated to ‘Goals for FreeBSD 13’. Since there are notes at https://hackmd.io/Yv46aOjTS0eYk0m4YLXOTw I will only give an overview of what I found most interesting.

dch@ gave a short talk/demo about an interesting idea to revive something similar to RedPorts, which offered package building and testing as a service. Hopefully this will get more people interested in helping out with ports. Given the many combinations of supported versions and architectures, it can be difficult to tests all those combinations on a desktop or laptop.

The conference proper started on Saturday with a keynote talk by Costin Raiciu. In a nutshell, he is working on something he calls Unikraft, which reduces the time and effort required to strip down a Linux kernel, so that it only includes the components necessary for specific target applications. I learned that these stripped down kernels are referred to as unikernels. He also described other unikernel work designed to improve the efficiency of lightweight virtual machines (VM), so that they approach the speed and size of containers. An example use-case involved creating ephemeral VM instances whenever requests came in from mobile devices. The motivation for doing this is to ensure that each request is run with a high level of isolation. When there are thousands of such instances running simultaneously, efficiency is a priority.

A few talks that stood out for me were ‘Advances in OpenBSD packages: https is a lie’, by Marc Espie, ‘Using Boot Environments at Scale’ by Allan Jude, ‘The End of DNS as we know it’, by Carsten Strotmann, and ‘FreeBSD Graphics’ by Niclas Zeising.

In Marc’s talk he described work to 1. securely and efficiently fetch packages with OpenBSD’s pkg_add and 2. separate privileges when building packages on OpenBSD. Marc is an enthusiastic and opinionated speaker, which I like (within limits) to keep my attention. There was also some good back-and-forth with the audience to tease out a few technical questions, which kept things lively. Could TLS 1.3 solve some of the challenges with session resumption?

The piece of mind ZFS boot environments offer when making changes to the OS have been well publicized. Allan described his efforts to enhance this work by wrangling boot environments and ‘poudriere image’ into something that could be used to install and upgrade many of his company’s servers without having to deal with mergemaster or etcupdate. A few other advantages to the approach are: 1. no need for console access, 2. failures are handled gracefully, 3. less manual intervention, and 4. releases can be created without compiling. A nice part of the talk was when Allan described the pitfalls he faced along the way. For example, using a separate filesystem for /etc, so that it can persist through an upgrade sounds like a good idea, but when /etc/fstab or /etc/rc are not available at the right time, bad things happen. Contact Allan at https://github.com/allanjude/poudriere to help with ZFS support for ‘poudriere image’ or to report bugs and request features.

‘The End of DNS as we know it’ was a fantastic talk that sparked lots of interesting comments from a knowledgeable audience. Carsten did a nice job finding a good technical balance. The talk was not light on technical information and did not venture too far into the weeds. It was interesting to hear a comprehensive review of where we are headed with such a fundamental Internet protocol.

If you run FreeBSD on your desktop or laptop, then Niclas’s ‘FreeBSD Graphics’ talk would have helped you appreciate the work the small graphics team does so that we can run our favorite window manager. There are different parts the team takes responsibility for: drivers, libraries, the X server itself, and a variety of other applications that sum up to about 300 ports. After giving an overview of these different parts, Niclas described some of the challenges and future work. If you would like to get in touch with the Graphics team, contact them at x11@FreeBSD.org, https://gitter.im/FreeBSDDesktop/Lobby, #freebsd-org on efnet, or https://github.com/FreeBSDDesktop.

Monday was secretary-tourist-day as René Laden and I set out to play tourists. Unfortunately, Mondays are less than ideal for tourist activities, since many of the museums and other attractions are closed, so we decided to have a free walk around the city without much of a plan. Some highlights were the Palace of the Parliament (which apparently is the second largest administrative building, and the heaviest building in the world), our stroll along the Dambovita River, and the city parks.

We discussed the developer summit, our roles as secretaries, and the challenges and opportunities facing the project. In one of our personal conversations, which René permitted me to share, he described some of his Autism-related challenges, in particular his difficulties with communication. On the one hand, this was surprising, because René’s reports and other writings are high quality. On the other hand, the clarity of his speech can vary, but luckily René does not mind repeating himself if something is unclear the first time around. He also explained how his speech depends on how comfortable he feels in a social situation. I saw evidence of this, especially in the relaxed atmosphere of a quiet café, because our discussions were natural, stimulating and a high point of my trip.

Indeed, the talks and the developer summit were interesting, but a meaningful aspect of a conference like this for me is to step away from the comfort of the Irc/mail client and engage in face-to-face discussions with others. We spend significant amounts of time working on a common goal, so it is especially rewarding for me to make a connection with other members of the team.

Thank you to the FreeBSD Foundation for supporting my trip to EuroBSDCon 2018.