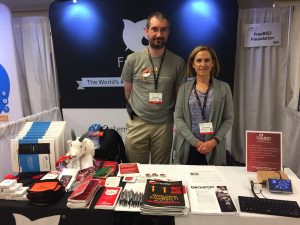 There are a lot of areas we support to make FreeBSD the best platform for computing, education, research, and products, and a large part of our efforts are dedicated to FreeBSD advocacy. We are driven to not only help make this the best operating system available, but to get more people and companies using FreeBSD. We do this by promoting FreeBSD at computing conferences around the world.

A few weeks ago, I had the pleasure of promoting FreeBSD at the USENIX LISA (Large Installation System Administration) conference in San Francisco, CA. I was joined by Ed Maste, our Director of Project Development, Allan Jude, long time FreeBSD contributor and co-owner of ScaleEngine, Dru Lavigne and Warren Block from iXsystems. 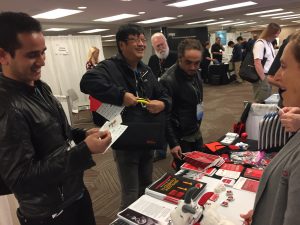 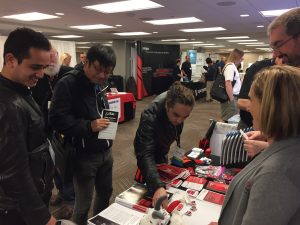 It was impressive having five FreeBSD advocates staffing the FreeBSD booth, which allowed us to talk to many people at once! We had a lot of people stop by our table to check out our Raspberry Pi 3 running FreeBSD demo, pick up some cool swag, say “hi” to Groff the BSD Goat, and to learn more about FreeBSD.

Over the past year, we’ve developed more literature to hand out at conferences like these, to highlight all the great features in FreeBSD, why people should use FreeBSD or contribute to the Project, and to promote all the companies successfully using FreeBSD. We also handed out copies of the FreeBSD Journal, and copies of Groupon’s success story with FreeBSD article, which were both very popular. 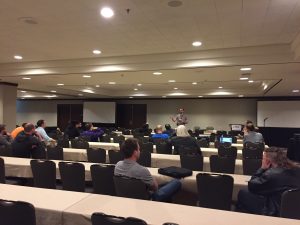 Allan ran a BoF called, OpenZFS: Ask an Expert, to answer questions about ZFS and facilitate discussions on ZFS. He had a great turnout of 19 attendees, that asked thoughtful questions and participated in engaging discussions. My favorite comment from an attendee was, “I like FreeBSD because of its intelligent design, it’s well managed, and takes security seriously.”

We were pleased to be an Industry Partner of LISA ’17, and look forward to participating and promoting FreeBSD at LISA ’18 in Nashville, TN.