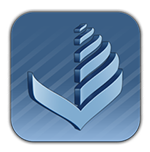 IXC (IntereXchange Carrier) is the Ukrainian VoIP system developer, that designs, develops, and sells a modern Softswitch and billing systems for businesses with a large capacity of users and extensive market coverage. The company created a unique complex solution consisting of modules such as high performance softswitch, real-time billing, user-friendly web-interface and more. It is well-known in more than 50 countries, and has become a top VoIP Softswitch vendor for wholesale business.

During the last 17 years, IXC has been trying to provide a competitive solution for VoIP business. Such technology requires a lot work in the areas of performance, fault tolerance and SLA guaranteeing. Therefore, the choice of an operating system that meets such requirements plays a major role.

The ability to work under high load is the key issue for VoIP service, and the FreeBSD sysctl service provides an opportunity to tune NIC performance to its maximum level. Such kind of configuration increases a number of concurrent calls up to 3000 and more.

The Ports infrastructure is an element that distinguishes the system from other Unix derivatives and is a powerful tool for building a software environment which suits our own needs. Last, but not least, we’d like to note the outstanding security. Such an aspect is hard to overestimate nowadays.

We annually test the operating systems of various Unix distributions. Each year, FreeBSD, starting from 4.X version, has been our primary OS.

We are honored to be a part of the large IT community that is working and developing FreeBSD.