We held our first ever FreeBSD event in Australia! It was a FreeBSD Miniconf that was co-located with 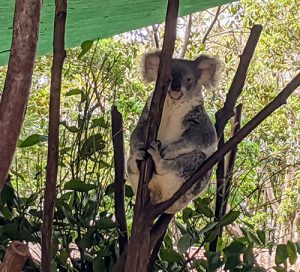 Linux Conf AU in the Gold Coast, January 14th. I wasn’t sure what to expect with all of the fires in Australia. We were afraid the turnout would be low because of highways being closed, and people not wanting to travel. However, in the end, we were pleased with the number of people who attended our event, especially being at a primarily Linux conference.

We had a wonderful lineup of talks, in spite of having two speakers withdraw their talks at the last minute. 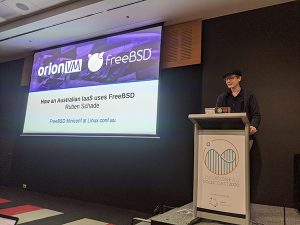 In fact, two of the speakers were new to giving presentations, and they both did a great job. The FreeBSD Miniconf was the perfect venue for new and experienced speakers, and we were fortunate to have an inquisitive and engaged audience. The goal was to provide introductory talks on various areas of FreeBSD to generate interest in new people joining our project. 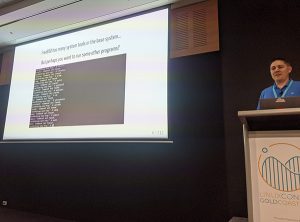 experience asking some of the Linux attendees about their thoughts on ZFS. He told me if they were basing their opinions on Linus’ recent comments, then he challenged them (in a positive way) to try it themselves to form their own opinions.

We had seven talks in all, and you can find the slides and recordings here.

Though this was primarily a Linux conference, I had a lot of productive conversations with other people in our industry. In addition, many of us FreeBSDers found quite a few talks that were informative and helpful in the work we do. We also found lots of time to just sit down at a table and work together and 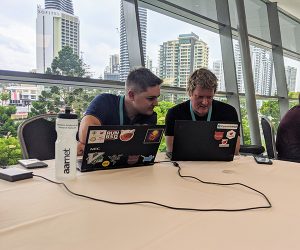 learn from each other, almost like a mini developer summit!

Now that we have a successful FreeBSD event in Australia under our belts, we are definitely hoping to run one again during LCA in Canberra next year (fingers crossed that our application is accepted!).