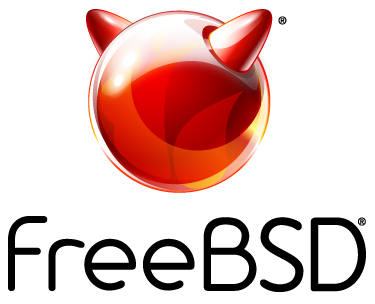 I’d like to start by thanking the FreeBSD Foundation for sponsoring my trip to BSDCam(bridge) 2018. I wouldn’t have managed to attend otherwise. I’ve used FreeBSD in both personal and professional deployments since the year 2000, and over the last few years I have become more involved with development and documentation.

I arrived in Gatwick, London at midnight. On Monday, August 13,  I took the train to Cambridge, and decided to do some touristy activities as I walked from the train station to Churchill College. I ran into Allan outside the hotel right before the sky decided it was time for a heavy rainfall. Monday was mostly spent settling in, recouping after travel, and hanging out with Allan, Brad, Will and Andy later in the afternoon/evening.

Tuesday started with breakfast with the others who had already arrived, and a mini hacker lounge. I decided to do some shopping in downtown Cambridge before heading to the computer laboratory later in the afternoon, and then going to the Maypole for the official pre-conference meetup. I chatted with a lot of people and listened in on and casually discussed many interesting ideas. I got to query Kristof and Allan about netmap (specifically bridging with netmap), and possible approaches for making more user-oriented documentation. There was also a Threema (instant messenger) “signing party”; it mostly involved scanning barcodes and asking for the correct spelling of people’s names. 🙂

Wednesday was the first day of the devsummit, where we started by discussing and creating the schedule for the rest of the devsummit. There were four sessions across two tracks the first day. I attended the Storage & ZFS session, as it aligned more with my interests, and I felt I could contribute more there than in the Desktop session. I was torn between the “developer tools/wiki” session and the “Toolchain & Build” session, but decided to attend the former, as I had briefly discussed it some the day before, and thought it was interesting.

During breaks, I talked briefly with bz@ and allanjude@ about creating separate PID namespaces for jails. However, the conclusion was that it probably can’t be done, because processes need to be able to move between jails if the host so desires, and therefore, can’t have different processes with the same PID in different jails. I also got some input on my approach to PIDMap (a bitmap of the PID namespace) and hope to have a prototype soon.

Thursday, I attended the CPU security, Testing & CI, and Software Security sessions, mostly passively soaking up information while coding. There was a group photo during lunch break, and a formal dinner at Trinity Hall. I was also approached about a consulting assignment related to ZFS during a break and had a meeting about that later in the afternoon.

Friday, I attended the Meetups & Hackathon session to do some coding and inquire about VNET, PIDMap, and various comfort/convenience fixes to jails. I also attended the Jails & Hypervisors session, adding a few new items to my own to-do list by mentioning them in the session. 🙂 One of those is to add new syntax to the jail.conf configuration file, which should reduce the configuration complexity of VNET jails which use epair interfaces in combination with if_bridge.

Overall, I learned a lot by attending the devsummit, and will attend future conferences when able to. I made new friends and caught up with old ones. I also got a consultancy assignment! It was very beneficial to catch up on what people have been working on the past year, but especially interesting to listen in on topics I wouldn’t otherwise have thought of looking for on mailing lists or otherwise.